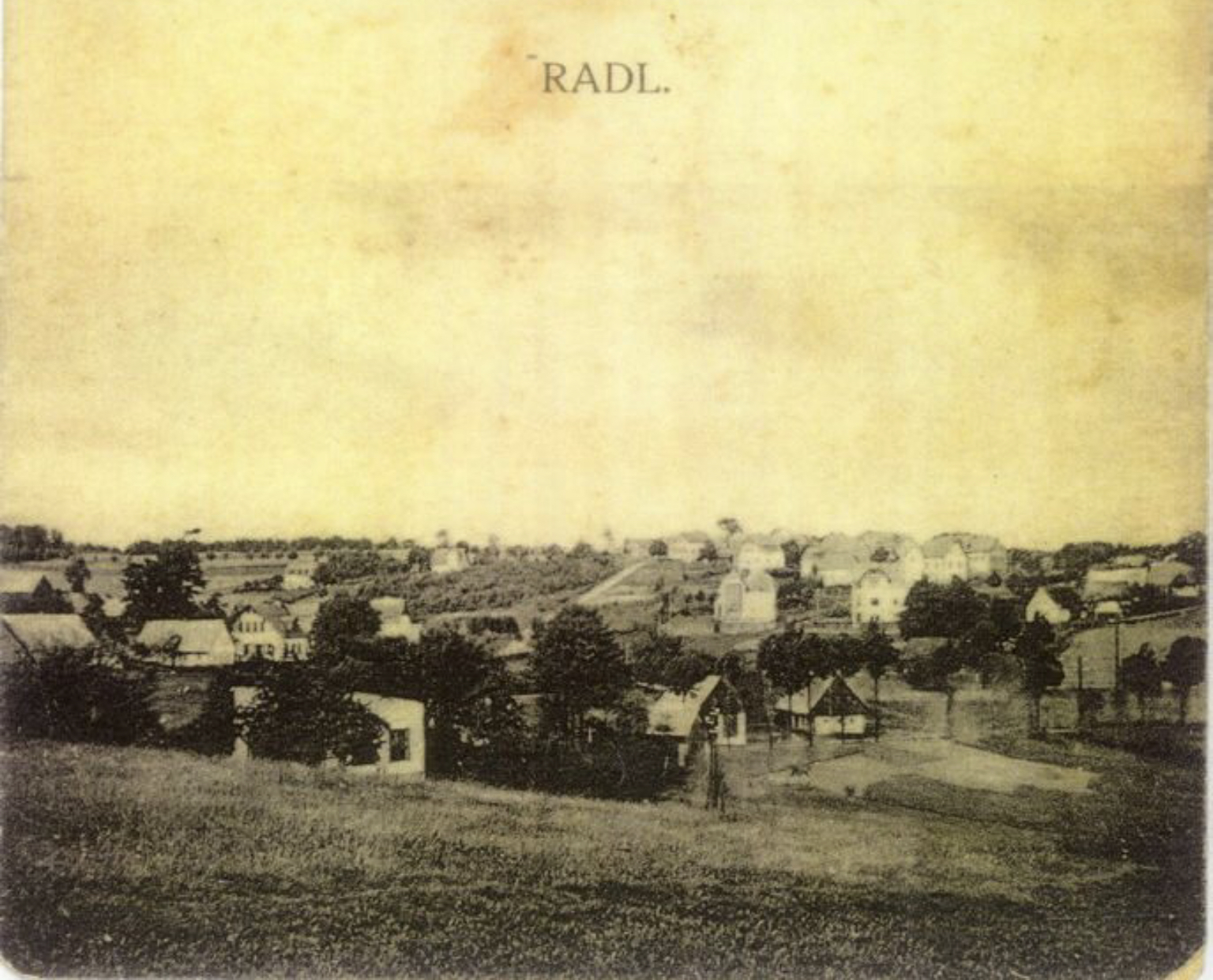 The oldest surviving notes of the Jizera Mountains production of glass buttons date back to the first half of the 18th century. At that time, Heindrich Heydrich, a native of Rádel, began casting tin, from which he made the likeness of buttons. Glass buttons have been created since the 1960s. These did not yet take the form of today's buttons. These were pressed or cut glass stones set in a metal bed. One of their producers was the esteemed Mr. Josef Jackel from Lučany nad Nisou. 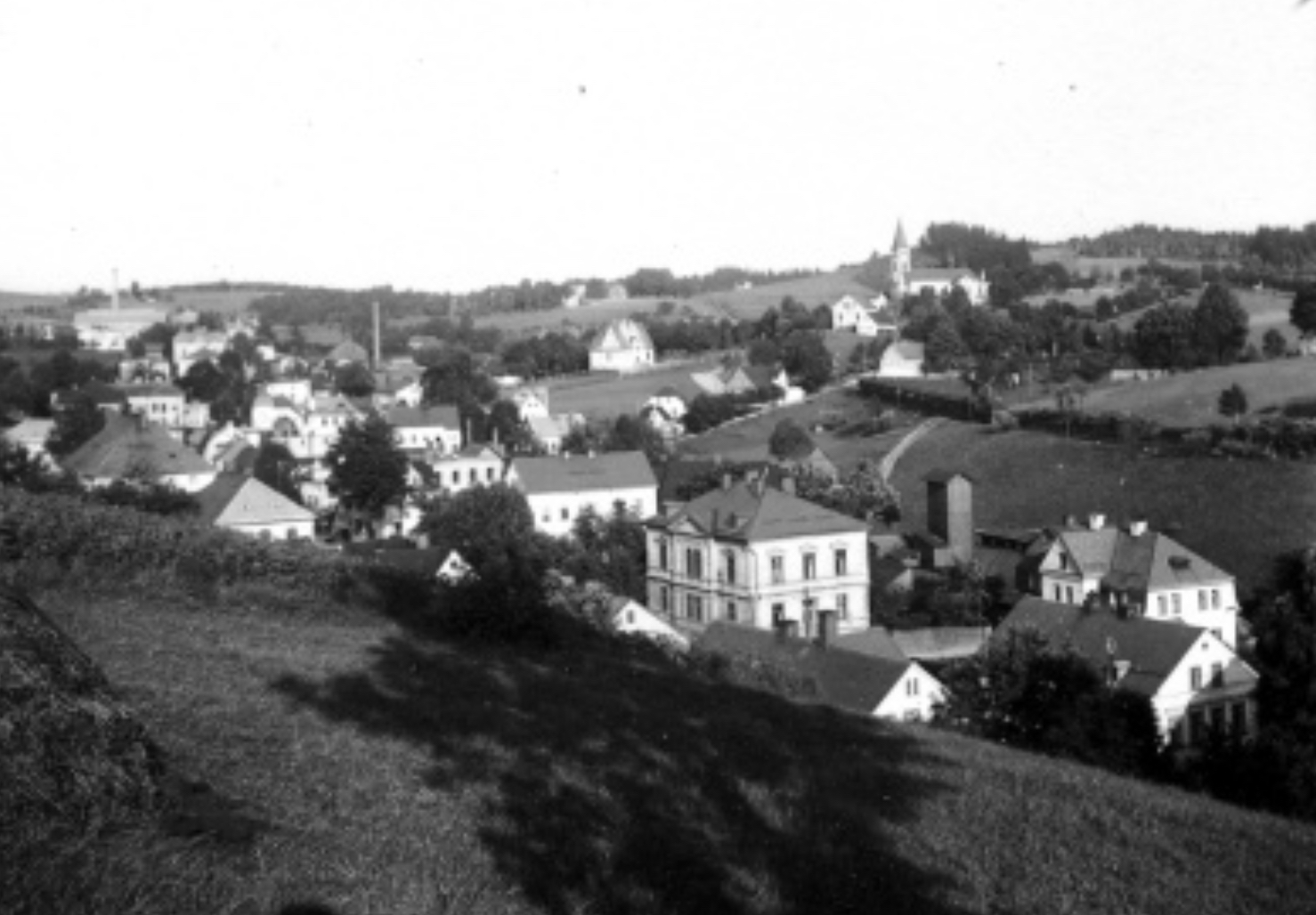 After 1815, local strainers expanded the offer with an all-metal or glass-combined buttons. At that time, approximately nineteen strainer masters worked in Jablonec nad Nisou. They processed the brass, tombac and even the metal beds necessary to hold the glass buttons.

The turning point for glass buttons came between 1829 and 1832, when they stopped need a metal pad to attach them. Unfortunately, we did not manage to find sources that would confirm the name of the inventor with certainty, but based on the research, we believe that it should be a squeezer Address Paukerta from Nová Ves nad Nisou. According to these records, Paukert solved the question of attaching the button to the dress by sealing the metal tab into the glass body of the button. It cannot be said that these were initially too high-quality products, but thanks to the rising level of craftsmanship, gradual gain of experience and high demand, the quality of glass buttons with a metal eyelet increased unstoppably, which corresponded to the popularity of glass buttons in our country and in the world.

The technology itself consisted in pressing glass buttons from glass rods using metal pliers, and this traditional method of production is still preserved with minor modifications. The production of glass buttons with this technology was already one of the most widespread crafts in the Jizera Mountains in the late 1920s. Therefore, dozens of squeezers were built in the Jizera Mountains region, with typical smokers, and in 1827 this craft employed 10% of all mountain inhabitants. At the beginning of the second half of the 19th century, there were already 160 mills. 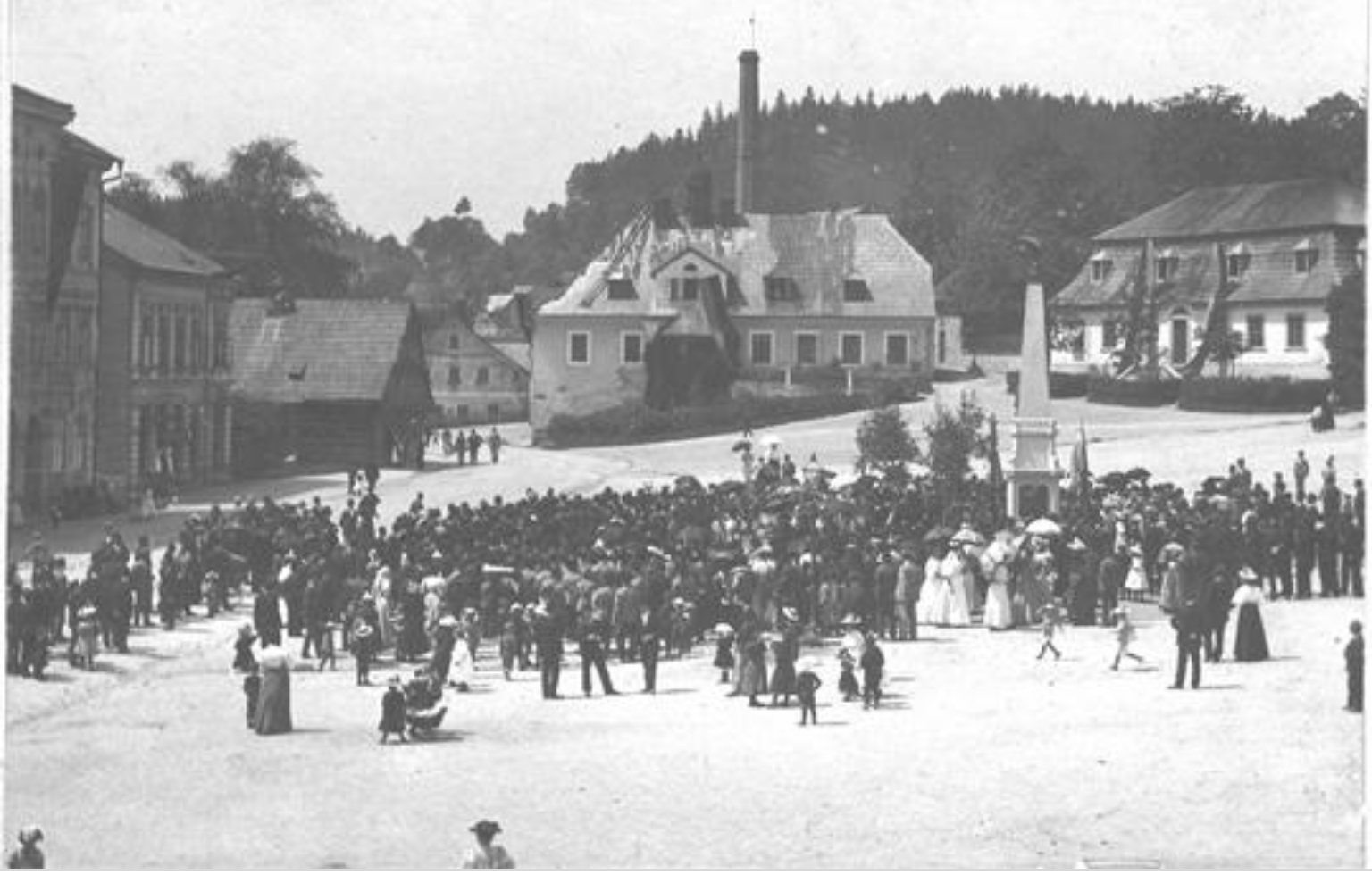 The villages of Smržovka, Lučany nad Nisou and Josefův Důl became the center of glass button production. Sales were then concentrated mainly in Jablonec nad Nisou, which at that time represented an important trade crossroads. The Jizera Mountains glass buttons have been exhibited and awarded at industrial exhibitions in Prague, Vienna and London.

In the beginning, the offer of glass buttons was not very wide. It included only five species, all of them were made exclusively of black glass. However, it didn't matter, because in the 1960s, the world was fascinated by the fashion of black buttons, the cause of which can be traced to the ever-increasing quality of the production of pressed glass buttons and the ability of Czech traders to get glass buttons to world markets.

In 1868, a glass lug appeared for the first time, which was used in the production of cheap blouse and carat buttons. Gradually, in addition to black glass, transparent glass, crystal and topaz began to be used. Thanks to button fever, new glassworks, grinding mills and smelters were created, such as the Gebruder Feix.

The glass button market has not only experienced ups. The first world financial crisis of 1873 hit the Jizera Mountains industry in the years 1875 - 1877, and the trade with glass buttons essentially stopped because of it. Buttons were the heraldic goods of Jablonec and the most important export item, and therefore the most affected sector. However, this period brought a boom in button production, as manufacturers had to innovate existing products and processes, which led to new decors, molds, shapes and sizes of glass buttons.

The year 1878 can be described without exaggeration as a button revolution, which was started by favorable fashion trends focusing on details and decoration of clothes. The emphasis of customers on high-quality handcrafted goods, which could also be proud of the manufacturers of glass buttons from the Jizera Mountains, also helped.

Another button crisis took place at the turn of the 19th - 20th century, when, among other things, import duties were tightened in France, the USA and other countries with which trade had been traded so far and where Czech glass buttons were mostly going. As is the case with all successful products, unfair competition gradually began to appear on the market for glass buttons in the form of manufacturers of low-quality buttons. These were mostly unrepresentative uncut glass buttons with a low price. Unfortunately, the export of these low-quality imitations caused a deterioration in the reputation of the Jablonec glass button. In this period, at the same time, in addition to domestic competition, foreign competition is also beginning to appear on the market, with mainly Chinese and Indian glassworks exporting their products worldwide.

The interwar period meant some stabilization for the button market. Manufacturers could focus on improving production and the glass button itself. Therefore, they began to offer more luxurious and expensive variants of buttons for their valued clientele. Among the most respected and successful manufacturers and exporters of this time were Gebruder Mohla, Wilhelm Klaar, Gustav Straus and Co. and many others. A third of their production went to US markets. These were mostly large gilded buttons, evening red, mirror and flower buttons.

Interesting: At this time, buttons made of other materials, especially wooden and plastic, are newly appearing on the market. 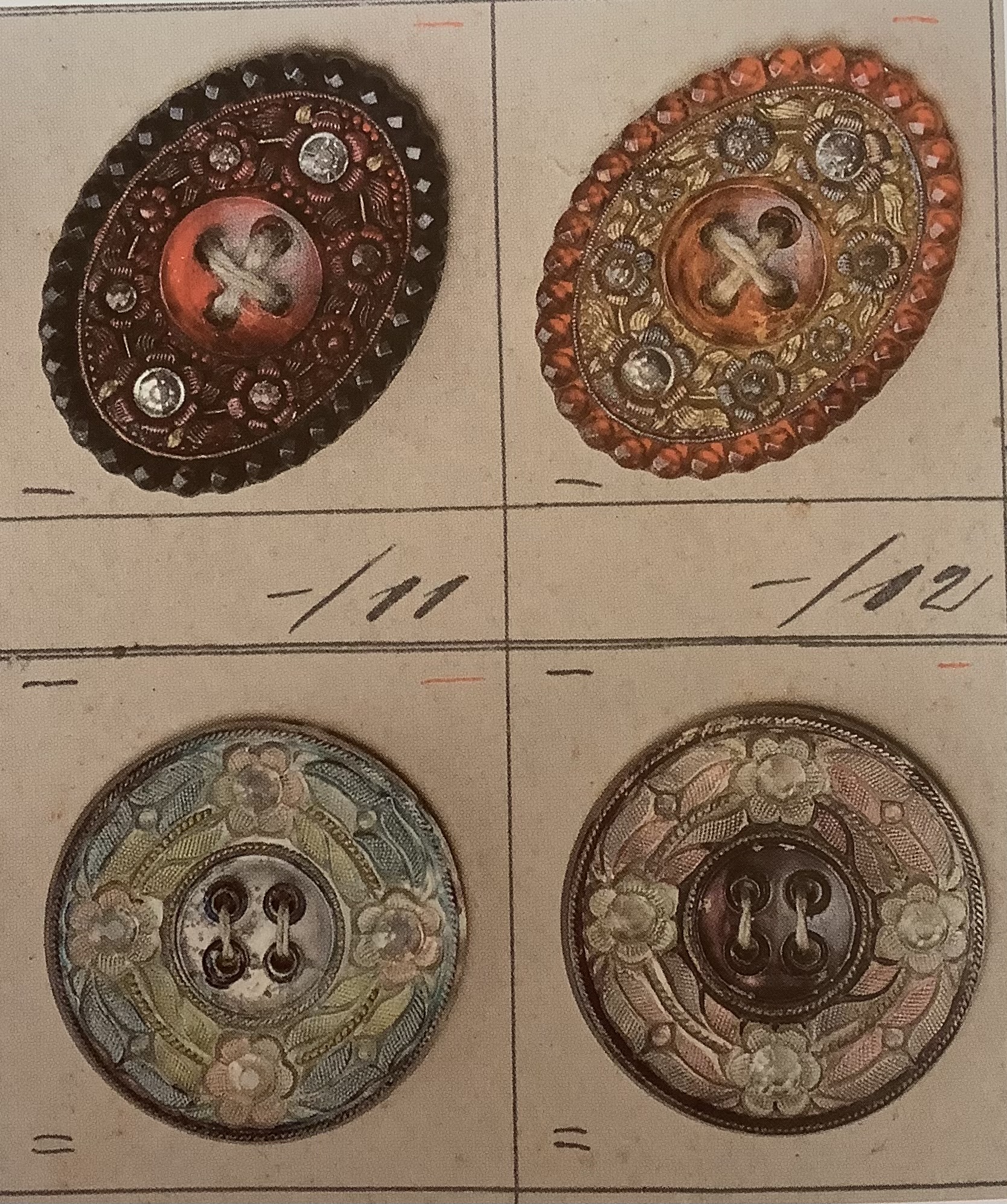 In 1948, the national company Glass Jewelery was established. It absorbed approximately 143 companies, including all button manufacturers from Smržovka, Nová Ves, Rádel, Jablonec nad Nisou and Hraničná. Nevertheless, the production of buttons was still concentrated in Smržovka and Hraničná.

Almost zero interest in this light industry from the state, almost no investment in technological innovation, development of new materials and development of glass buttons caused a gradual loss of position of Jablonec products on world markets. At the same time, the popularity of plastic buttons began to exceed the glass ones. 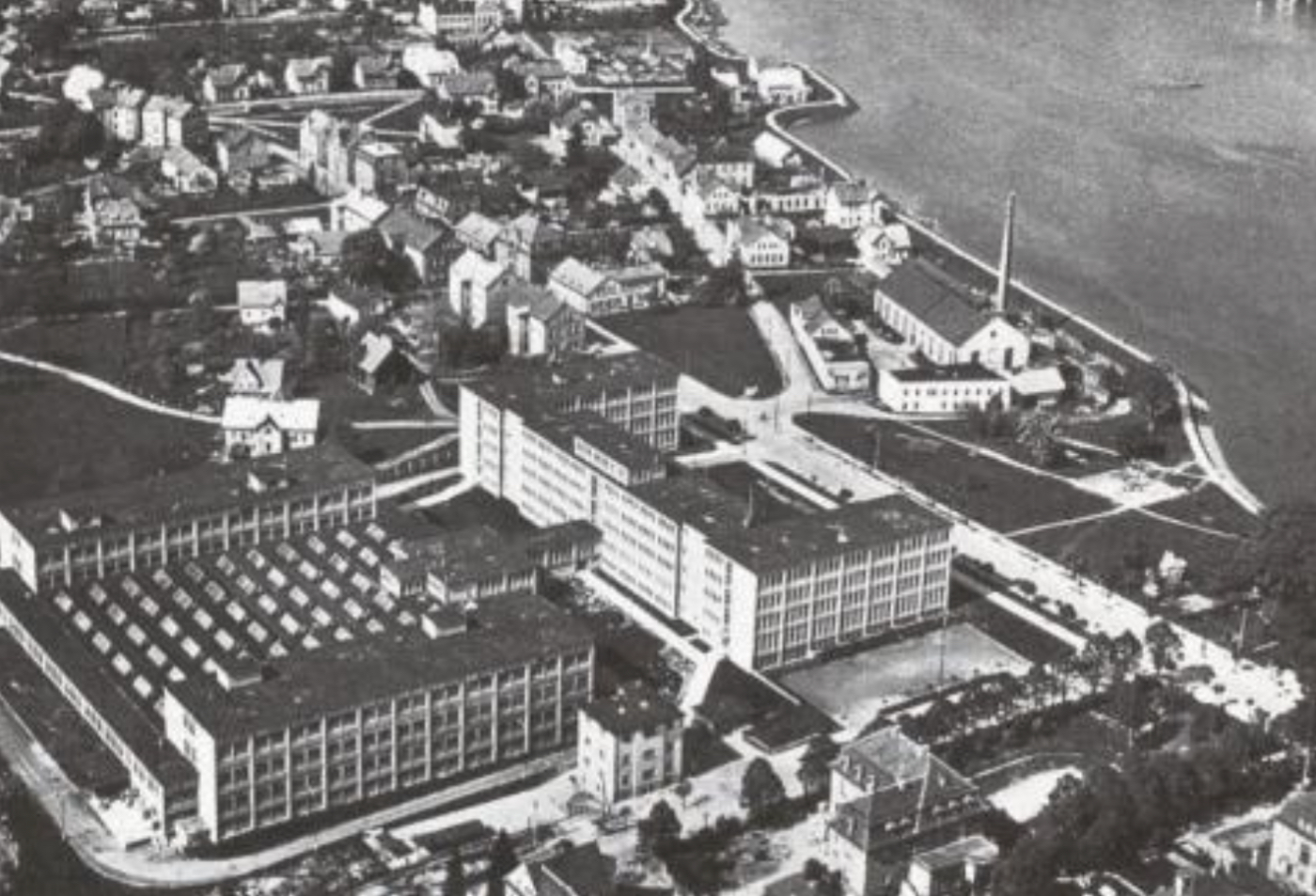 The national company Glass Bijouterie lost its independence in 1978 and became a part of the national company Železnobrodské sklo, as a centrally managed company of the Jablonecká bižuterie concern. At that time, the only customer of glass buttons was the Soviet Union, which needed one size and several colors. Due to the non-utilization of the accumulated potential and the termination of the development of various decors and shapes, the Jablonec button continued to decline. Unfortunately, the situation did not improve even after the fall of the Iron Curtain.

After the Velvet Revolution, the company ELEGANT Smržovka was established, in which the traditional know-how of glass buttons production was concentrated. Its main effort was to restore the lost glory of glass buttons and thus continue the successful Jizera Mountains tradition. ELEGANT was subsequently taken over by our company AG PLUS, founded in the 1990s by Jiří Odvárka and Petr Votýpka. Thus, we have included the production of glass buttons in our portfolio of activities. At AG PLUS, we have long strived to preserve and promote local culture and values, so we decided to continue developing the traditional way of making glass buttons and bring it back to the forefront of world fashion exhibitions and markets, to which it undoubtedly belongs. 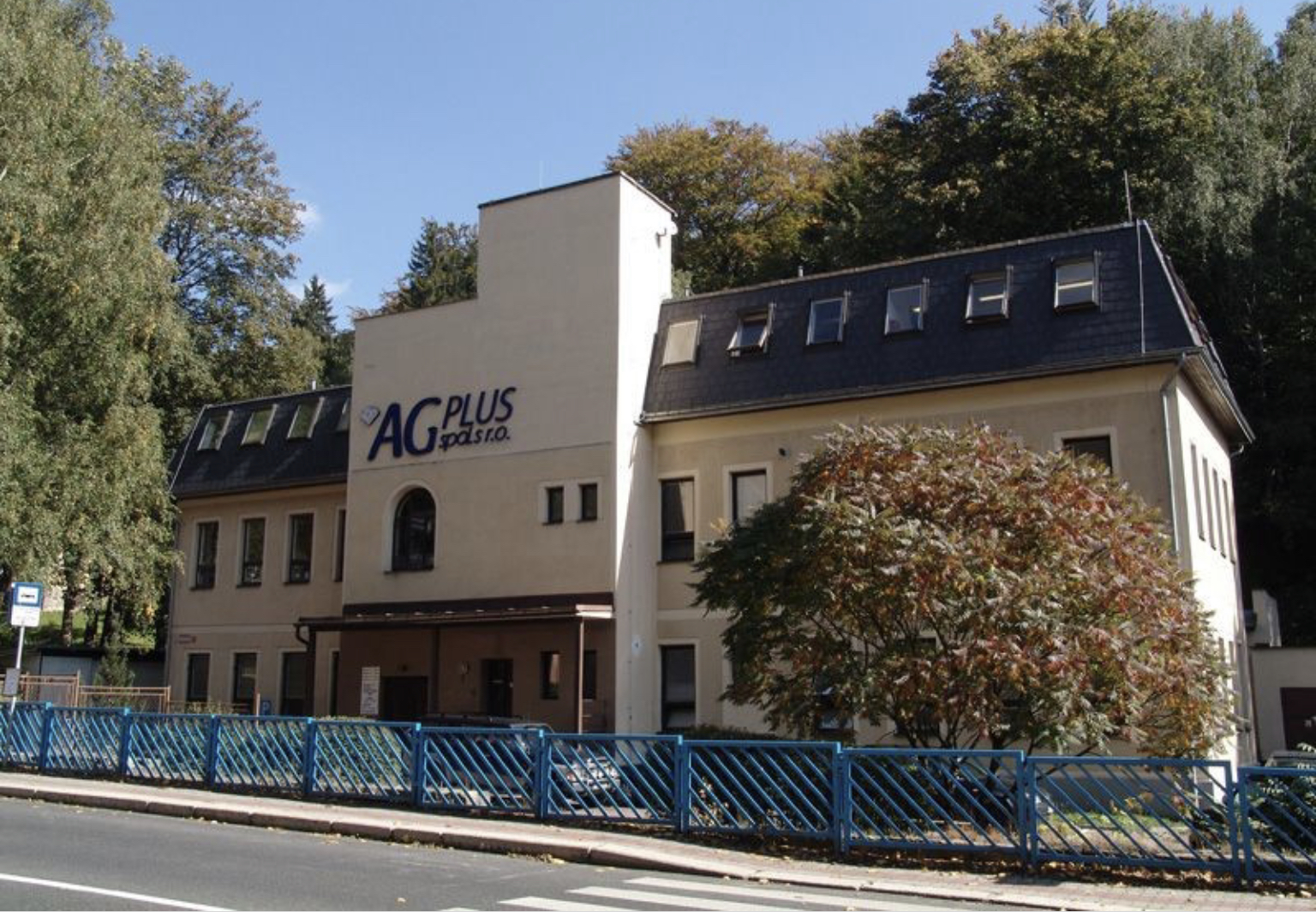